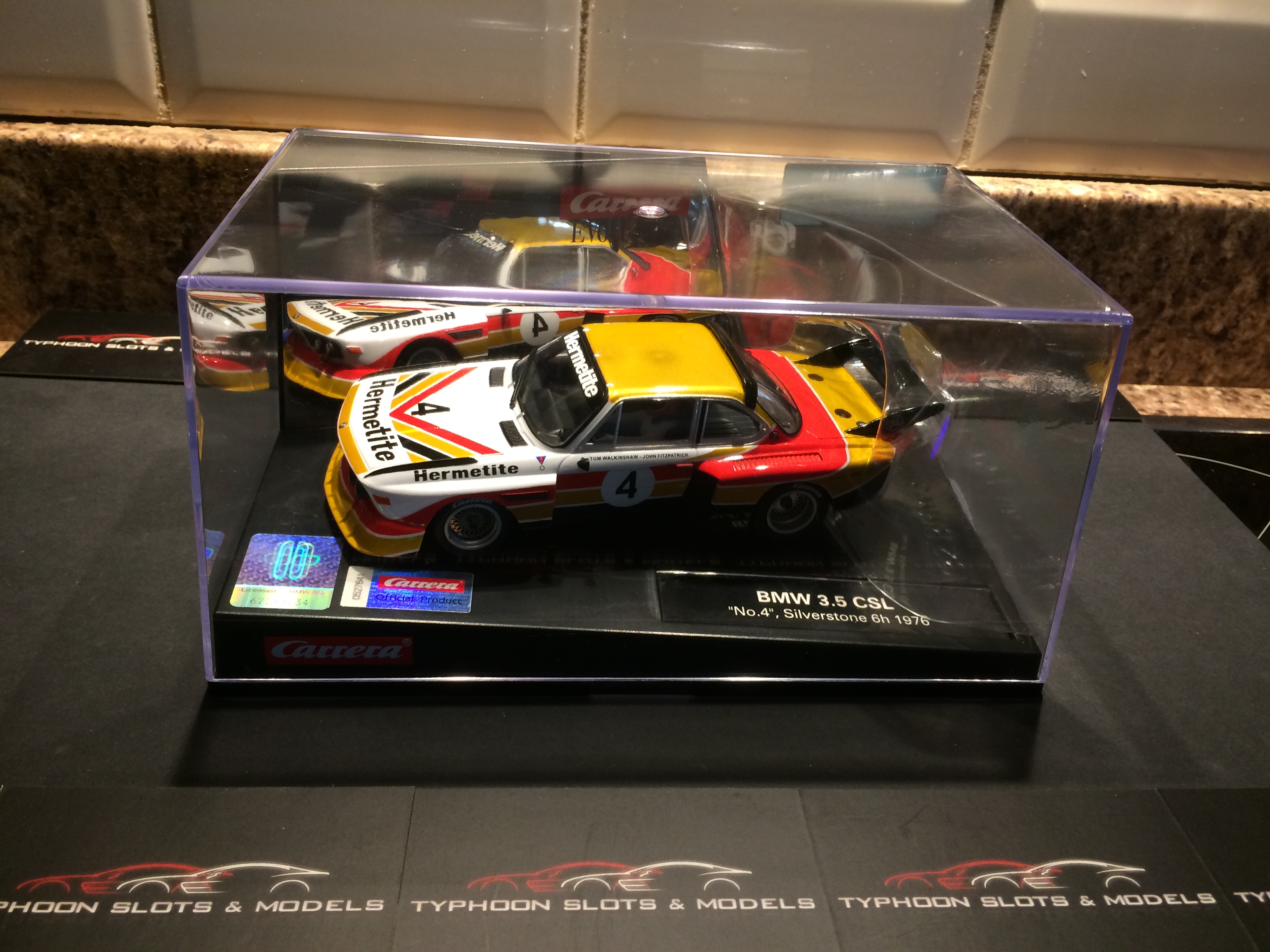 Victory at Silverstone by a slight margin
The 1976 Silverstone 6 Hours took place on 9 May at the Silverstone Circuit and was the fifth round of the World Sports Car Championship that year. The BMW 3.5 CSL of the Hermetite BMW team shone with an eye-catching design in a striped look – white at the top, red in the middle and gold at the bottom. The Silverstone race was won by Englishmen John Fitzpatrick and Tom Walkinshaw in the No.4 BMW 3.5 CSL. John Fitzpatrick was one of the most successful touring and sports car drivers from 1963 to 1983. After a driving time of 6 hours and a lead of 1.1 seconds, he crossed the finish line ahead of Porsche racing driver Wollek and secured victory.

Is it all for another victory?
On a scale of 1:32, the BMW 3.5 CSL “No.4”, Silverstone 6h 1976 whizzes over the local Carrera EVOLUTION racetrack. With the BMW license and the front and rear lighting, the slot car already makes a lot of visual sense and looks confusingly similar to the original. The speedster in stripe look is definitely an absolute eye-catcher on your Carrera racetrack.

Reverse polarity switch – quickly change the direction you are racing 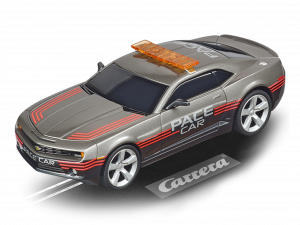 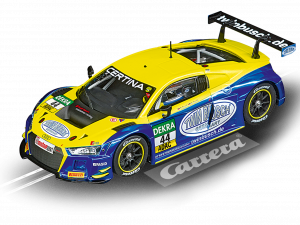 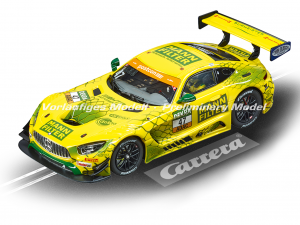 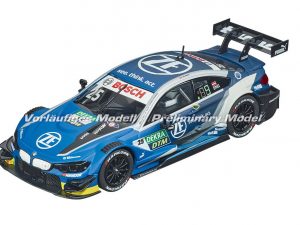 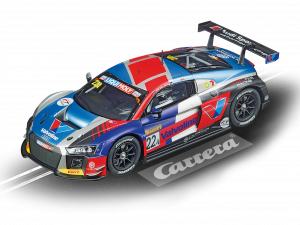